FMDS pool of academic staff comprises of a wide and diverse range of design practitioners and educators who have achieved great heights and successes in their professional careers.
You will read about the design and business awards that were won and achieved by the respective staff members both locally and overseas. It makes FMDS one of the most formidable forces in design education through championing “designpreneurship”, application of design management and relevant design practices. 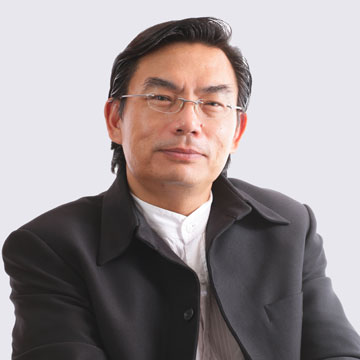 Mark is one of Singapore’s most accomplished design entrepreneurs who has worked his way up from a one-man operation in 1989, to CEO of First Media (FM) Group. Powered by his passion, Mark pursued a Master’s degree in design from the University of New South Wales, Australia.

As one of Singapore’s largest locally owned communications group with over 15 design studios spread across seven Asian markets, the FM Group has a proven track record and was awarded the Enterprise 50 Start-Up Award in 2005.

In 2006, Mark was also awarded Singapore’s most recognized business accolade as one of the Top Entrepreneurs of the Year, an honour presented by the Association of Small and Medium Enterprises (ASME) and the Rotary Club of Singapore. This was but one of over 30 different design awards he has accumulated during his two decades of consulting work.

Mark has since shifted his professional goal from design consultancy to growing the First Media Design School, advocating the teaching of design management and designpreneurship. Mark’s ‘tried and tested’ teaching system has groomed more than 50 designpreneurs; it is this system that forms the backbone of the school’s pedagogy.

FMDS is headquartered in Singapore and has operations in Mumbai, Port Louis, Jakarta, and Surabaya. In March 2013, Mark published ‘Think like a Sage, Work like a Fool, Act like a Criminal’, an autobiography documenting his management beliefs and personal experiences.

Patrick is the founder and managing director of DPC Design Pte Ltd. With its head office in Singapore, DPC Design also has offices in Beijing and Jakarta, and associates in Australia, Greater China, Malaysia, and Thailand.

Patrick was also a founding member of the Designers Association Singapore (established in 1985) and served as President from 1996 to 1999.

A qualified professional with a Master of Design from the University of New South Wales (Australia), Patrick specializes in creating visual identity systems and application frameworks for top-notch hotels around the world.

Patrick was conferred a Fellow of Designers Association Singapore (FDAS) in recognition for his distinguished years of professional design services to the industry and community.

Audrey Chong is the director of First Media Group Singapore and FMDS. She has accumulated more than a decade of design industry experience working both as an account director as well as its managing editor.

Audrey is attuned to industry practices and market demands. As the Chief Executive Officer, she is responsible for the overall strategic and tactical directions of studios under the First Media Consulting Group.

She holds an honours degree in Business Studies from Nanyang Technological University, Singapore. 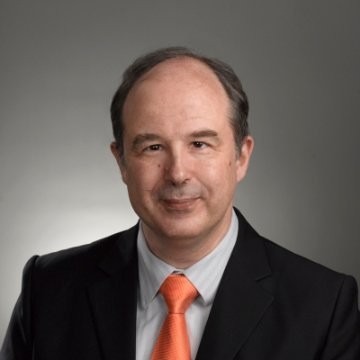 In his current role at Kaplan Higher Education Singapore, Jürgen is Head of Research, Senior Lecturer and Academic Partner Liaison, as well as a Member of the Academic and Examination Boards. Jürgen is also editor-in-chief of the Journal of Applied Learning & Teaching.

Jürgen was a recipient of the Spirit of Enterprise award in 2005, awarded to 40 outstanding entrepreneurs by then-President of Singapore, SR Nathan. He has started and successfully managed several businesses and has been on the Board of Directors of several entities. 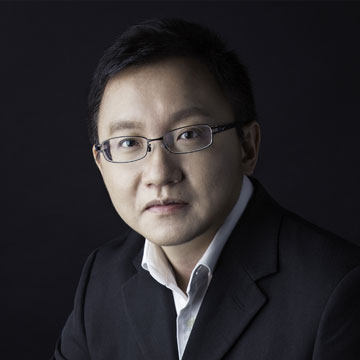 Ives is a key architect and influencer of the Singapore Workforce Skills Qualifications (WSQ) and Skills Framework (SFw) systems, having spent 7 years as a Principal Manager with the then-regulator, the Singapore Workforce Development Agency / WDA (now Skillsfuture Singapore / SSG) where he led teams of officers and auditors in regulating Approved Training Organisations (ATOs) and their courses. He went on to become an Adjunct Faculty with the Institute for Adult Learning Singapore / IAL, assisting to build the capabilities of aspiring and in-service trainers, assessors, curriculum developers, and quality assurance managers.

Prior to this, Ives was the Asia Hub Quality Manager for City & Guilds, a leading UK-based vocational assessment, and accreditation, qualifications awarding body. He is highly regarded in the industry and continues to be consulted by schools, training providers, companies, professional organisations and regulatory bodies on learning and quality assurance matters. Ives brings on board rich experience and high-quality training standards.

The right teachers inspire you for life. FMDS faculty members come from diverse backgrounds and are carefully recruited to deliver the best practical and theory curriculum in design.

Alce graduated with a distinction in Master of Graphic Design from the University of Hertfordshire- School of Creative Arts.

Her current research into temporal authorship explores the transformation of reading experience in digital media and the extent to which virtual typographic forms mimic the properties of physical objects and texts.

David graduated with a Master in Design from UNSW, soon after graduating from his Bachelors of Graphic Design from Curtin University, Australia. He is also a certified Neuro-Linguistic Programming Practitioner and accredited in Whole Brain Technology, Herrmann International.

For nearly 20 years, David was a board of directors for various organisations and was engaged to assist in start-ups, mergers, and expansions. As a highly experienced group creative director, he specializes in design related topics using innovative and out of the box delivery methods.

Hailed as an engaging speaker, company directors, professors, scientists, lawyers, managers and students from Asia Pacific countries benefit from his self-created training programs on Creativity and The Whole Brain Preference.

A decorated and passionate veteran in design education, Felix is able to integrate the laws of andragogy and pedagogy with his curriculum. Felix is also familiar with the CET landscape of Singapore (WSQ) and UK Pearson BTEC HND curriculum, WSQ curriculum development, Corporate Trainings, and Events Exhibitions.

Felix has over 10 years of local and international event-brand-marketing experience in B2B as well as B2C. A connoisseur in both offline and online marketing and branding, Felix is well versed in conventional and atypical sales promotional strategies. His strategies have propelled brands in launching and/or rebranding their Businesses.

Felix possesses an acumen in growing market shares and brand visibility due to his precise diligence with business performance statistics and work processes. As of 2018, Felix’s has spearheaded IT, E-commerce and Technology harnessing initiatives.

Junie attained her Master in Arts Management from Goldsmiths, University of London.

As a creative head in the media and design industry, Junie was instrumental in conceptualising several high profile publications including ‘Ai’, ‘Woman’s World’, ‘HOTstuff’ and ‘Steer’. She is a branding specialist, responsible for activating several international promotional campaigns for several multi-national corporations.

Dr. Yasser Mattar is a dedicated educator and educational administrator. He has been teaching adult learners since 2000. Besides Singapore, he has also trained people in Indonesia and Australia before.

Previously, he was part of the vendor team that developed the inaugural Singapore Armed Forces “serious game” entitled “Decisive Combat”. Another career highlight was to lead a team to build a diagnostic tool for productivity, management, costing and business processes and train then-SPRING Singapore’s business advisors.

Most recently, he invented a project management monitoring and tracking system that is currently used by one MNC and one SME in Singapore.

Arif Ali graduated from Multimedia University (Malaysia), with a Bachelor of Multimedia majoring in Digital Media. He was the Head Interactive Designer for multiple multimedia design agencies and Principal Photographer for Manggis Wedding in Malaysia.

In 2007 he joined Limkokwing University of Creative Technology Malaysia as Principal Lecturer for the Faculty of Design & Innovation and spent 5 years spearheading their multimedia stream as well as the Curtin University Degree Program in LUCT.

Zack holds a Bachelor of Arts with Distinction in Business Management from Edinburgh Napier University, UK.

He has more than 10 years of designing and advertising experiences, of which he held senior creative positions with several MNCs agencies in Singapore.

Zack stays true to his belief that creative work is offering solutions empowered by innovation. Throughout his career, Zack has evolved from a designer to a ‘T’ shaped creative director, specialising in building integrated marketing solutions and branding campaigns.

As a lecturer, Zack is highly enthusiastic and connects well with his students.

Kim Chuan graduated with a Bachelor of Creative Industries in Communication Design from the Queensland University of Technology, Australia. Proficient in the fields of language scripting and multimedia, Kim single-handedly developed Flash &ActionScript courseware and conducted in-house training for designers under the Singapore Workforce Development Agency’s (WDA) SPUR training programmes.

Chek Thong holds a Bachelor of Multimedia (Hons) degree in Digital Media from Multimedia University, Malaysia. He has more than 10 years of experience in the design and media industry. Chek Tong specializes in pre-production and post-production; he has completed storyboarding, graphics development, broadcast/motion design, video editing, and visual effects for numerous international clients.

Drusilla graduated with a Bachelor of Design (Communication Design) degree from RMIT University. Formally trained in graphic design and a multi-disciplinary explorer, her works were featured in the Red Bull Art of Can campaign in 2010 and she was a credited photographer for the Youth Olympics during the same year.

Other than being an adjunct lecturer at FMDS, Drusilla flexes her skills at Sulphur Creative, a digital agency she co-founded.

JChristopher graduated with a Master of Communication Design from the Royal Melbourne Institute of Technology (RMIT).

As a veteran practicing designer and educator in the creative industry for more than 20 years, Chris has been instrumental in guiding and nurturing many of his students to become established designers.

An excellent lecturer with in-depth industry experience, Chris is actively involved in the local design community. He is well-liked and respected by all his students for his patience, extensive industry knowledge, and vast industry network.

Jean obtained her Degree in Fine Arts (Painting) with Distinction at the Royal Melbourne Institute of Technology. Her strong background started in Graphic & Editorial Design has been built over the years through her projects. Jean’s works range from complex projects of graphics and communication parameters, such as Graphic & Editorial Design to User Interface & User Interaction (UX & UI).

Jean is equipped with comprehensive knowledge in the areas of graphic design, with the best and most current design tools in the industry, alongside applying human centred and human behaviour in design.

Jean is a critical thinker with an open mind, a communicator and a facilitator who is passionate about Design and the Arts. Jean’s diverse teaching experience has equipped her with great knowledge to share her industry experiences with her students. She firmly believes that every student can learn the artistic language for self-expression. Jean is also experienced in designing various types of curricula to suit each student’s individual learning requirement and style.

As an entrepreneur and educator, Chris has choked up an impressive string of professional experiences in architectural and designing works covering digital modeling, simulation, event facilitation, and brand activation events.

He currently manages his architecture practices. As an educator, Chris is a resourceful and patient lecturer.

Joe is a graduate of the University of Central England in Birmingham, United Kingdom majoring in Multimedia.

Also an entrepreneur and educator, Joe has a solid reputation in photography, videography, and web designing. His skills have no equal and his extensive collection of past works proves it.

Currently the founder of his multimedia agency running for more than 8 years, Joe is a calm and interactive lecturer.